The Only YouTube Starter  Kit Guide Vloggers Need in 2022

The Only YouTube Starter  Kit Guide Vloggers Need in 2022

I love seeing the way young people are embracing video. And trust me – YouTube vlogging is a fantastic phenomenon.
- "Casey Neistat“

44% of the overall internet users tune in to vlogs from their favorite YouTubers every single month.

From travel to fashion to health and education, we’re witnessing an ever-increasing number of YouTubers and content creators rolling out vlogs on a regular basis.

And while vlogging has become quite common nowadays, you’d be shocked to know that 97% of YouTubers fail to achieve the desired results.

While numerous reasons contribute to their failure, one of the big reasons why most YouTube vloggers struggle is that they don’t invest in the right gear and equipment.

Don’t get me wrong – you don’t need to spend thousands to roll out high-quality vlogs on YouTube.

But at the bare minimum, you will need to build a basic YouTube starter kit comprising a smartphone, tripod, microphones, and green screen backgrounds.

Investing in these tools is the only way you can make your YouTube videos stand out and be in line with the ones that inspire you.

But as always, the market is flooded with gazillions of such equipment being offered by hundreds, if not thousands, of companies.

So, either you can spend dozens of hours conducting thorough research, trying to understand which microphones would be a perfect fit or you can just read further – as we’ve listed down a few of the best gears that some of the top YouTube vloggers personally use to produce high-quality and engaging videos.

Without further ado, let us help you put together the best budget-friendly YouTube starter kit that’ll turn your vlogging journey smoother for you.

How to Put Together a Budget-Friendly YouTube Starter Kit for Vloggers?

As we mentioned, at the bare minimum, you’ll need the following gears and equipment:

Not only will we show you why these tools are a critical part of vlogging, but we’ll also share our personal product recommendations to help you build the best vlogger kit for YouTube at a budget friendly price.

NOTE – We’ve spent 25+ hours conducting thorough research and testing different products to put the best ones in front of you. Hope you enjoy the read!

Here, we are assuming that you have a limited budget and are not planning on spending thousands of dollars on a single equipment.

And while you’ll find most threads and forums on the internet mentioning that it’s impossible to succeed at vlogging without having a high-end camera in your arsenal, believe us – most of the popular vloggers on YouTube use smartphones to record their videos.
‍

If you’re just getting started, we’d advise you to kickstart your vlogging journey with your smartphone.

And while purchasing a high-end camera isn’t recommended in the initial stages, you need to make sure that you possess a high-end smartphone with a good camera (with different focal lengths), high-resolution, high memory, long battery life and large internal storage space.

Not all smartphones are vlogging-ready.

While the market is flooded with thousands of smartphones, if you are planning on purchasing one and are serious about vlogging, we’d recommend Apple iPhone 12.

We have a world full of Apple users in our radar. For them, it’s Apple or nothing. It’s a part of their identity. And while Apple has been a status symbol for people all across the globe, it’s not just good branding that has contributed to Apple’s success and immense popularity.

Every single product Apple builds is pure GEM. If you are a die-hard Apple user and want to kickstart your vlogging journey, there’s no better option than Apple’s very-own iPhone 12.

From high-end dual-camera setup (combination of two cameras) to telephoto sensor to its simple interface, iPhone 12 is all you’ll need to capture high-quality vlog footage.

To help you make a lightning-fast decision, here are the pros and cons for iPhone 12:

Let’s say – you have decided to kickstart your vlogging journey without a tripod.

You start recording your first YouTube video by holding the phone in your hands.

You do it for a minute.

You are not feeling any pain. Everything’s perfect.

You think you’ll make it.

But now, five minutes pass by. You feel your hands shaking a bit and some pain. You choose to keep recording.

Five minutes turn to ten – ten turn to thirty and suddenly, you’re in unbearable pain trying so hard to record your vlog but don’t really want to. At the same time, your hands are continuously shaking – which is stopping you from capturing a stable footage.

Recording videos without a tripod will ruin your overall vlogging experience. Hence, a tripod is a critical part of a good YouTube starter kit for vloggers.

Two of the benefits of adding a tripod to your YouTube vlogger starter kit are:

With countless tripods to choose from, we’d recommend using the Joby GorillaPod Mobile Rig – which is currently being used by thousands of YouTube vloggers to record high-quality vlogs.

Joby GripTight is a one-of-a-kind tripod that’ll not only hold your smartphone but can also hold compact LED lights or microphones – which will help you improve the quality of your footage.

It’s not your typical tripod, all thanks to its extra flexible legs and arm-like supports. Joby GorillaPod’s legs are so flexible that you can literally bend them to any angle with ease. At the same time, what’s even more impressive is that you can fold them around objects for extra variety in framing and composition.

Lastly, you don’t have to worry about your phone. The single locking knob will protect your phone and at the same time allow you to switch between vertical and horizontal positioning. But while you’re rotating your phone, be careful that it doesn’t get released.

Now, let’s focus on the audio. Obviously, you would want to roll out a vlog with a terrible audio quality. Not only will a vlog with poor audio quality put a bad impression in their minds but it’ll also result in them losing interest real soon.

And despite the rapid technological advancements, you can’t rely on your phone’s in-built microphone.

People expect a certain level of audio quality which most smartphones fail to capture. They don’t want to listen to unwanted voices like air conditioners, traffic, or wind. And even though you can try to edit these unwanted voices out, it’ll be fairly difficult.

Hence, it’s really important to invest in a microphone to make sure that you are rolling out a high-quality vlog with tremendous audio quality that your audience can’t resist.

Of the numerous options to choose from, we’d recommend the RodeLink LAV - a professional grade wearable Lavalier microphone packed with numerous exciting features.

RodeLink LAV captures sound from all directions and can be used for numerous applications. It’s foam pop shield minimizes wind noise as well as vocal plosives. Additionally, it’s 1.2m Kevlar reinforced cable helps it withstand the test of time and a rigorous shoot.

So, if you’re looking for the best microphone at a budget-friendly price, we’d say go for RodeLink LAV without any second thoughts.

Learn how you can ensure a strong and clear audio quality:

If you want an aesthetically pleasing background in your vlogs, you need green screens. After all, a cluttered or poor background will just turn off your viewers.

As you’re in this for the long-haul, it’s advisable to invest in a green screen background – which will help you make your vlogs looks professional and level up the look and feel.

From instant immersion to ultra-quick deployment, Elgato Green Screen background sets the stage for immersive broadcasting. All you need to do is just flip open the aluminum case, lift the handle to the desired height and let the X-frame lock your canvas in place.

And you’re ready to roll!

With BigVU, you can easily replace your green screen background with just about any picture or image. So, you don’t need to worry about hopping onto different apps and turning the process complex.

Despite recording a high-quality raw footage for your vlog, you’ll need to make some minor edits to make it enjoyable and presentable in front of your audience.

Maybe you need to add your logo to your videos. Or maybe you want to reframe it.

From minor changes to major ones, BigVU is a revolutionary video making and editing platform packed with numerous features that’ll help you level up your vlogging game and turn your journey a whole lot smoother.

More than 5 million businesses have already been using BigVU for rolling out different types of high-quality video content. Click HERE to learn more about BigVU.

With over 2.56 billion monthly active users, YouTube is one of the most popular social media platforms. And while many vloggers have made it large, it's important to note that vloggers with millions of subscribers today didn’t achieve overnight success. It’s a lot of hard work and grinding.

Not only is putting together the right YouTube starter kit is important, but it’s equally important to be consistent with your efforts and just enjoy the process.

That’s our secret mantra to success.

And if you want to make things smoother, try BigVU today!
‍ 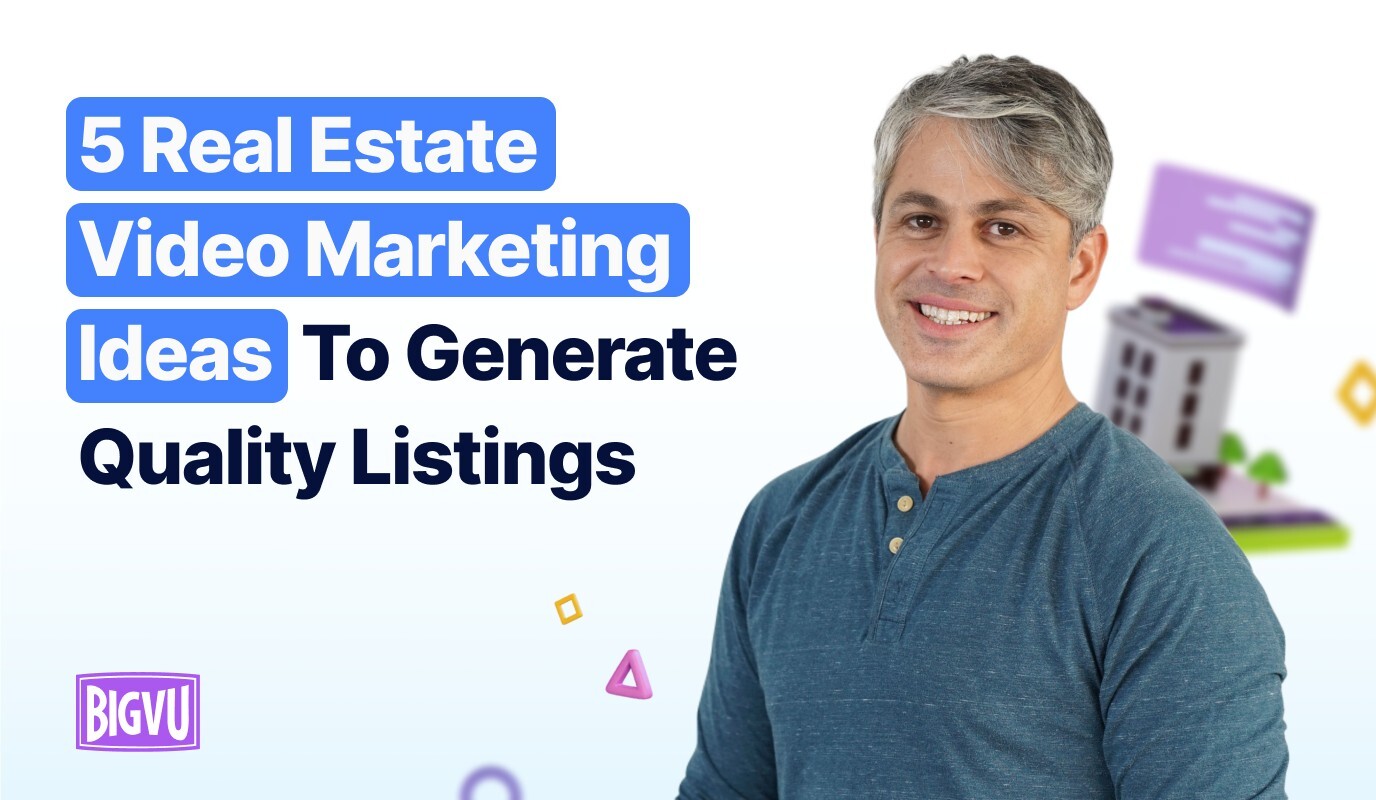 Want to boost your real estate business with video marketing? Check out our 5 proven video marketing ideas to help you generate quality listings and elevate your business! 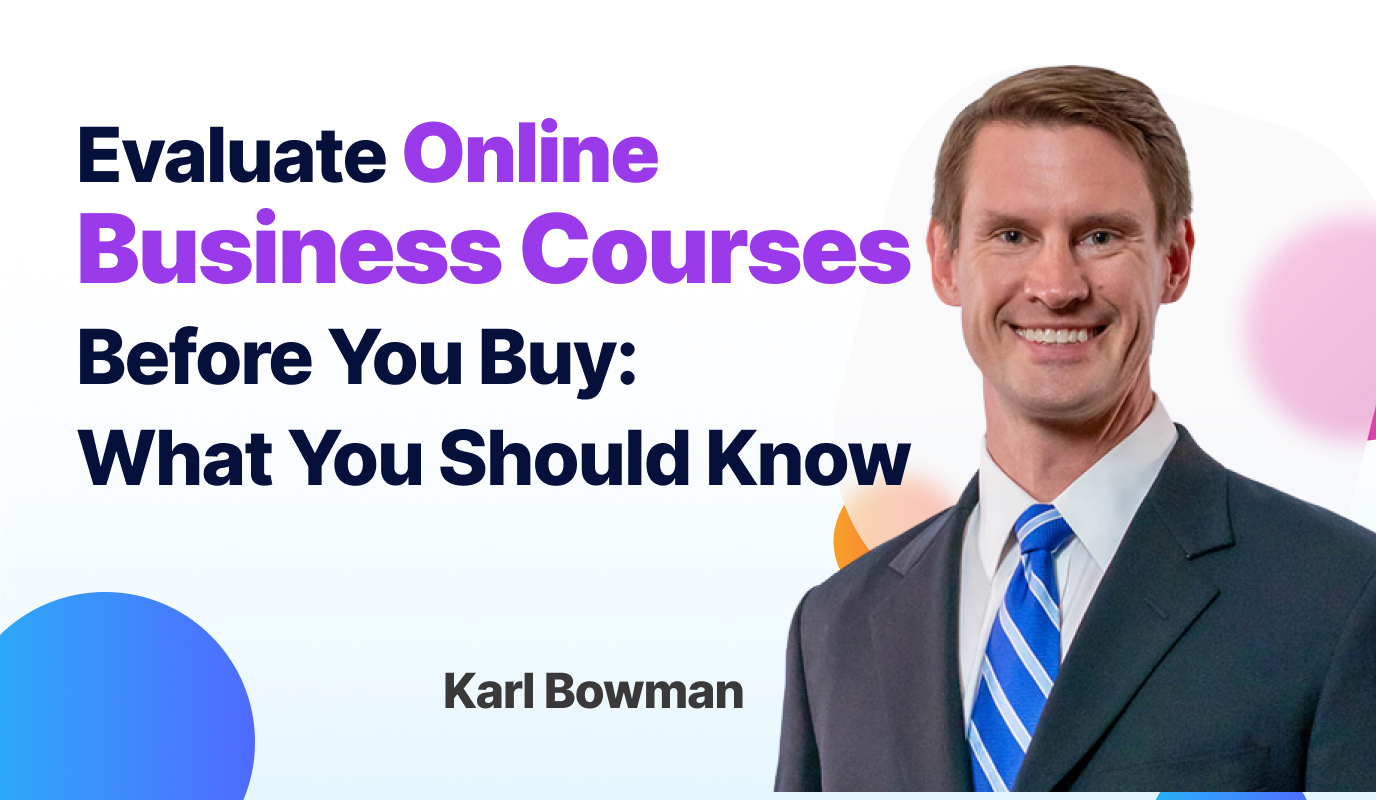 Evaluate Online Business Courses Before You Buy: What You Should Know

Are you considering starting a business but don't know where to start? Taking online business courses can help you get off the ground with your venture. Here are ten reasons why you may need it. 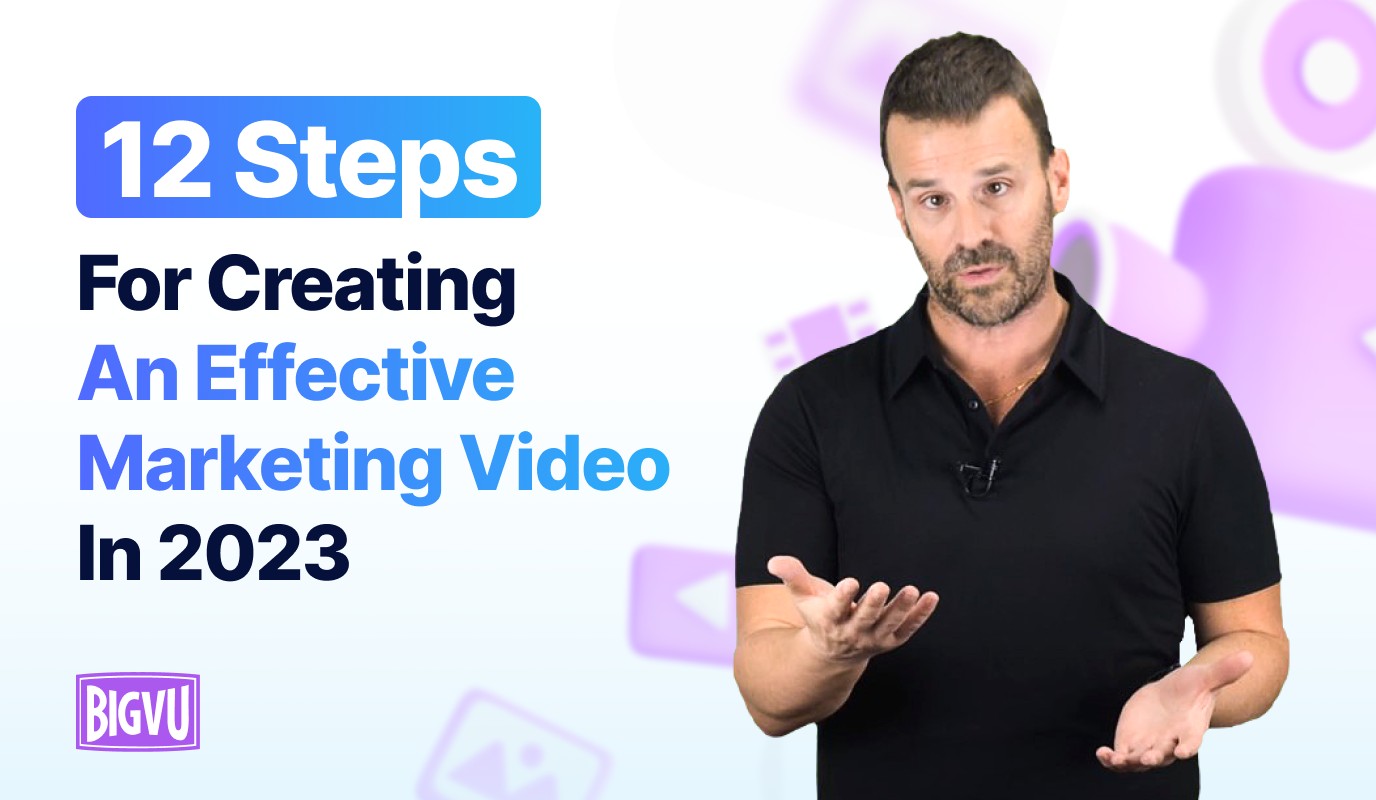 12 Steps for Creating an Effective Marketing Video in 2023

Learn how to create compelling marketing videos for your business in 2023 with this step-by-step guide that covers script development, leveraging video SEO, using testimonials, and producing professional quality videos easily, fast and cheap with the help of the BIGVU App Be the best presenter you can be. Learn to excel in presenting. Join the Video Presenter's Show to watch live presentations by communication experts and entrepreneurs.