Anne Marcelle Kouame, Coach & Story Guide and CO-Founder of BAEsphere
‍“I was born in a small West African country called Cote D’ivoire, also known as Ivory Coast. I immigrated to the US when I was 11. Today I’m teaching adult learners to break into the tech industry. I’m founder of a career and community collective called ‘BAEsphere’, where we translate hobbies, such as anime, kid drama, and hip-hop into professional narrative that gets people noticed and hired.”

‍Which Types of Videos Do You Make?
‍“I mostly create videos for personal branding & storytelling, where you’re pitching yourself to a company professionally and share your skills and personality. We like to use BIGVU for this because it really helps my clients overcome the obstacles of doing a video and remembering their lines when they pitch themselves. Then the fact I can convert the script to captions which are implemented in the video itself is truly amazing.”

‍How Was Your Experience Starting Out with Video?
‍“I’m a huge proponent of video. I like to talk, writing come second for me. when I started applying to jobs myself, I noticed that while it’s common to send written resumes, I want to find a way to stand them out using my own voice, literally. So, I decided to try and pitch myself and my CV using video. While I talk to humans all the time, I found myself freezing when I was looking at the camera, and I’d forget everything I need to say. When I didn’t have a teleprompter, I would try and memorize what i want to say in the video but i would very quickly get thrown off. I would panic and you could just see it on it on my face everytime. Because I’m so expressive I cannot hide my emotions, you will know what I’m feeling a quick observation, so when I go off script I freeze and then it’s hard for me to come back.“Memorization doesn’t work. The teleprompter really helps me be myself and keep track of the time of the video i’m filmin and what I need to say from top to bottom. It’s either that or trying to memorize a script for hours.”

‍How Did You Find and Start Using BIGVU?
“I had an internship, social media related. I found out quickly I’m not very good at social media. Before I left i had a colleague who just came from a conference which also featured video apps for SMBs that allow you to do videos without breaking your head. The list was long but he mentioned one app in particular, a game changing app, BIGVU - teleprompting app. I downloaded the app, signed up, shot a couple of videos and was comepletely blown away. I didn’t have to memorize a single word, didn’t look up and down, just straight at the camera, and since than anytime i needed to pitch my self or something i would use video and BIGVU.”

“I have my smartphone and stand for videos, don’t need much anything else. I really like the teleprompter. the fact that I can write a script inside BIGVU and then shot shoot a video. the fact you has a desktop platform makes the whole process of writing a script even better. it’s just so practical”. 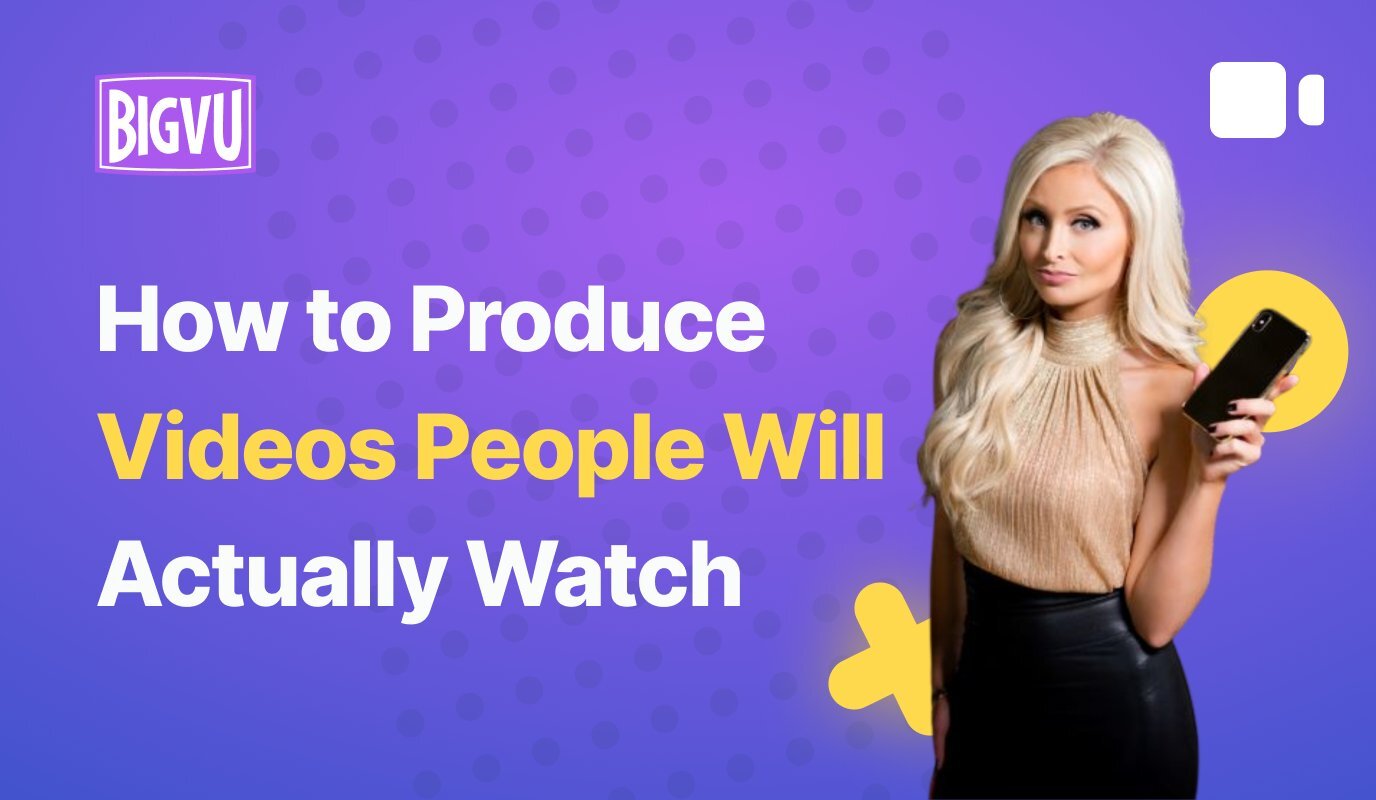 Want to produce videos that your audience will actually watch till the end? Learn how to do that in a few simple steps. 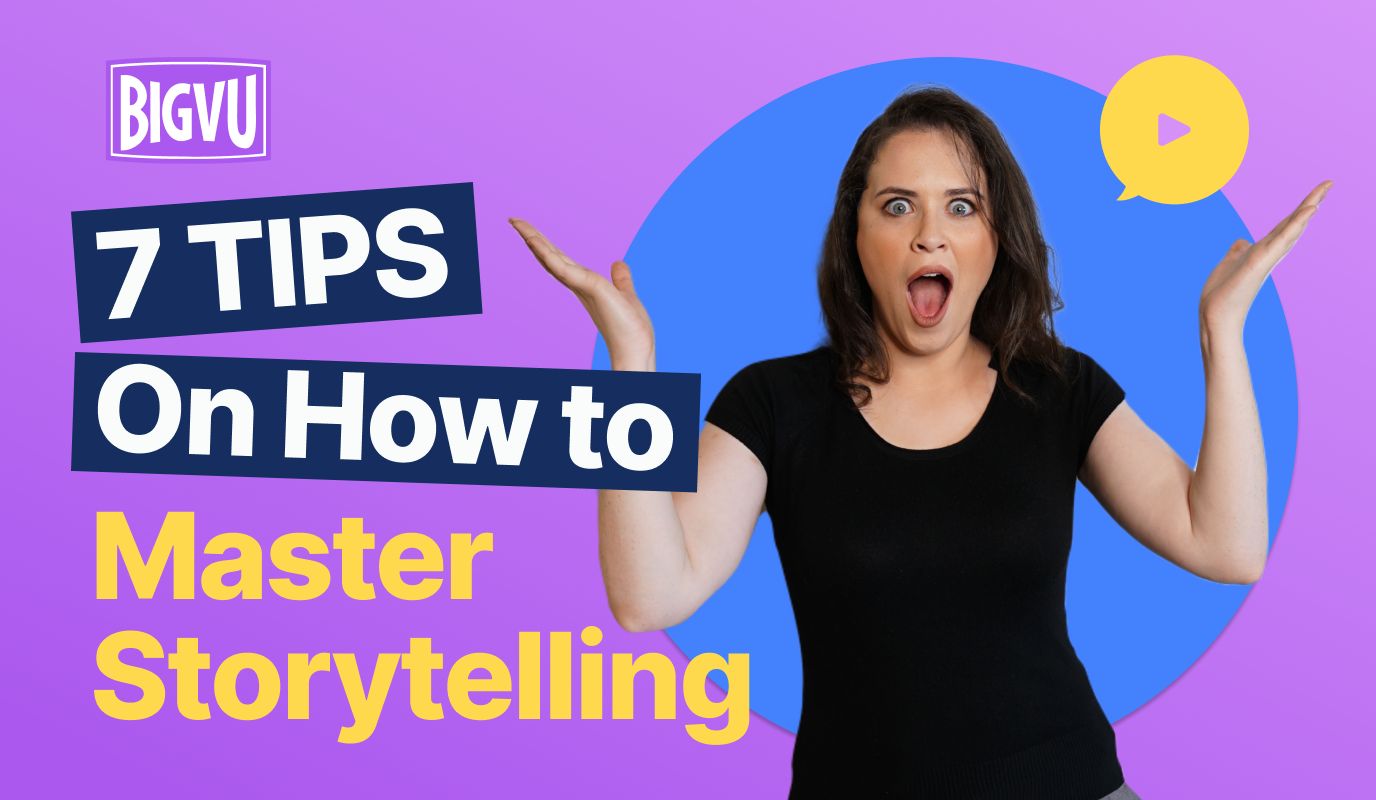 7 TIPS on How To Master Storytelling

Don’t give up hope! Here are seven simple ways you can stand out and bring your message to new audiences everyday, and the most critical one is the one you already have: yourself! 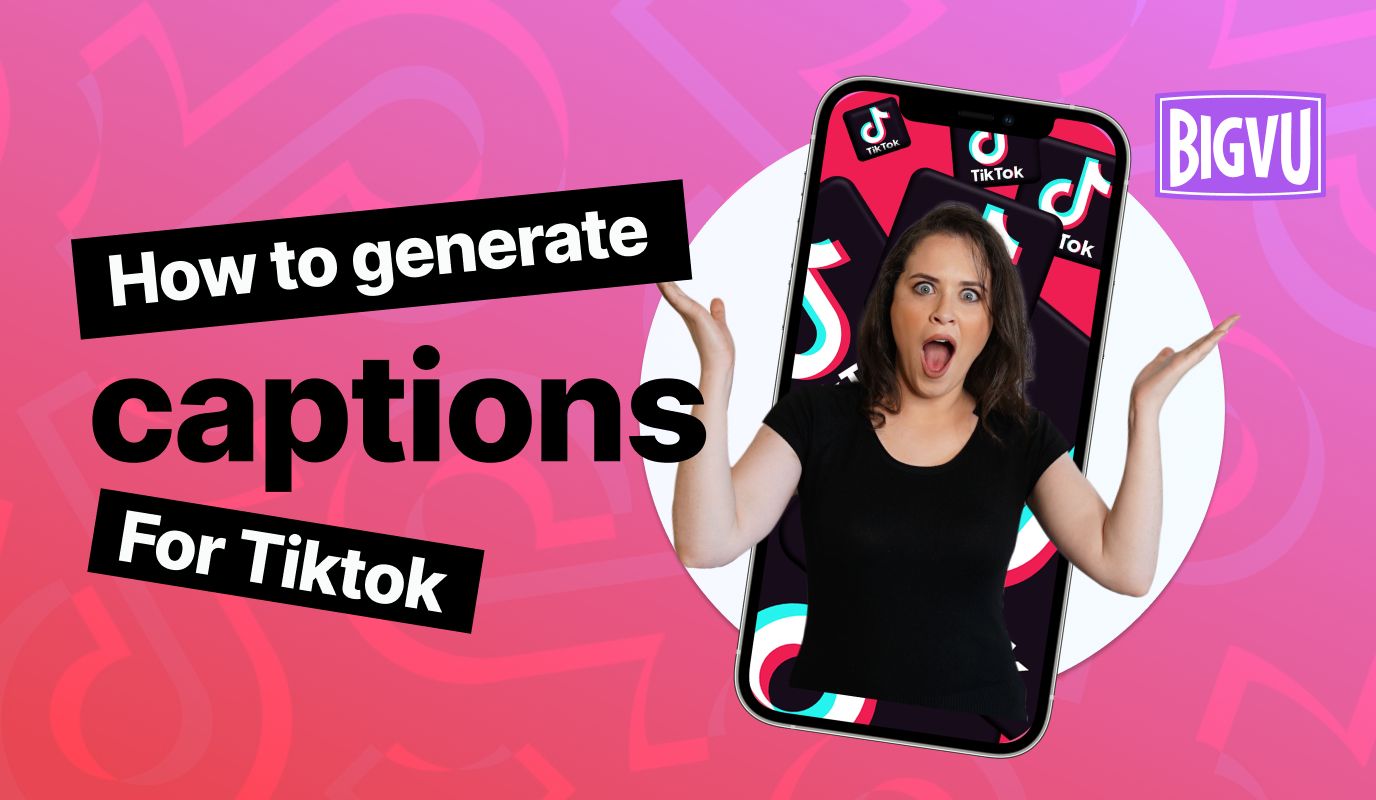 How to Generate Captions for TikTok Videos Be the best presenter you can be. Learn how to excel at
presenting. Join the Video Presenter Show for live presentations
by  experts in communication and entrepreneurs.